Volunteering Victoria is committed to an ongoing process of reconciliation, acknowledging the historical and continued impact of colonisation and systemic racism on Aboriginal and Torres Strait Islander people. We are dedicated to building an organisation that prioritises the voices of Aboriginal and Torres Strait Islander people, and respects their histories and cultures. 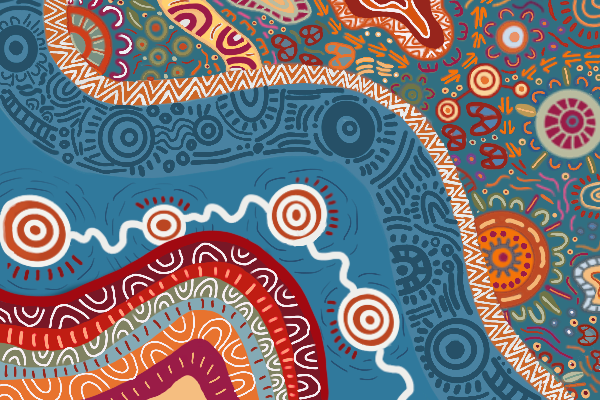 Chloe’s works are inspired by the land and waterways of her home. You’ll notice throughout her works a lot of them incorporate water elements. This is because the rivers and waterways play an important part of Chloe’s culture as they are considered as her healers. Her people are known as the river people. Her tribal totem is the river turtle, the long neck turtle. Chloe mostly likes to use a lot of her tribe’s traditional colors such as greens and browns.